We had three lucky winners in our campus video tour contest series.

Evan Muller really wanted an iPad. The computer science major was thinking about buying one until he heard about the De Anza College campus video tour contest. To enter, all he needed to do was take a selfie at one of nine featured locations on the tour, and post it on social media. 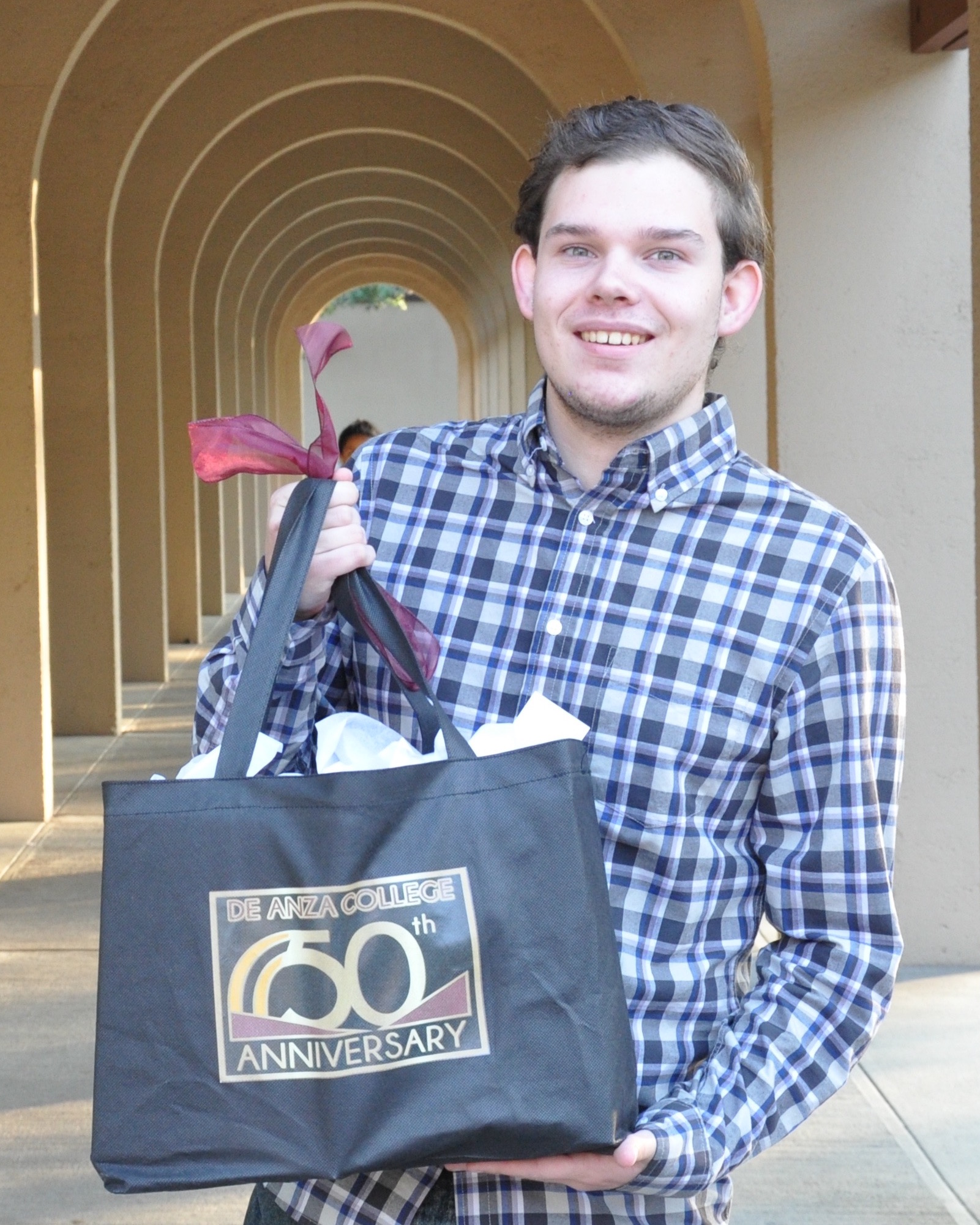 Evan was so determined to win that he posted a selfie from each spot on the tour, as permitted by the contest rules. His selfie outside the Visual & Performing Arts Center was drawn at random, making him the happy winner of a new iPad, an Instax Mini 9 instant camera and an Instax Share smartphone printer – all purchased with donated funds.

“I still can’t believe it,” he said, when he picked up the De Anza commemorative tote bag containing his prizes.

Evan started taking classes at De Anza through the concurrent enrollment program while he was a student at Prospect High School. He looked at other community colleges, but he decided he liked
De Anza's computer science program best. Now in his second year at the college, his long-term plans include earning a degree from San José State University.

Evan said he’ll use his iPad to take notes in class. And with his new instant camera, he added, he’ll be taking a lot more pictures. 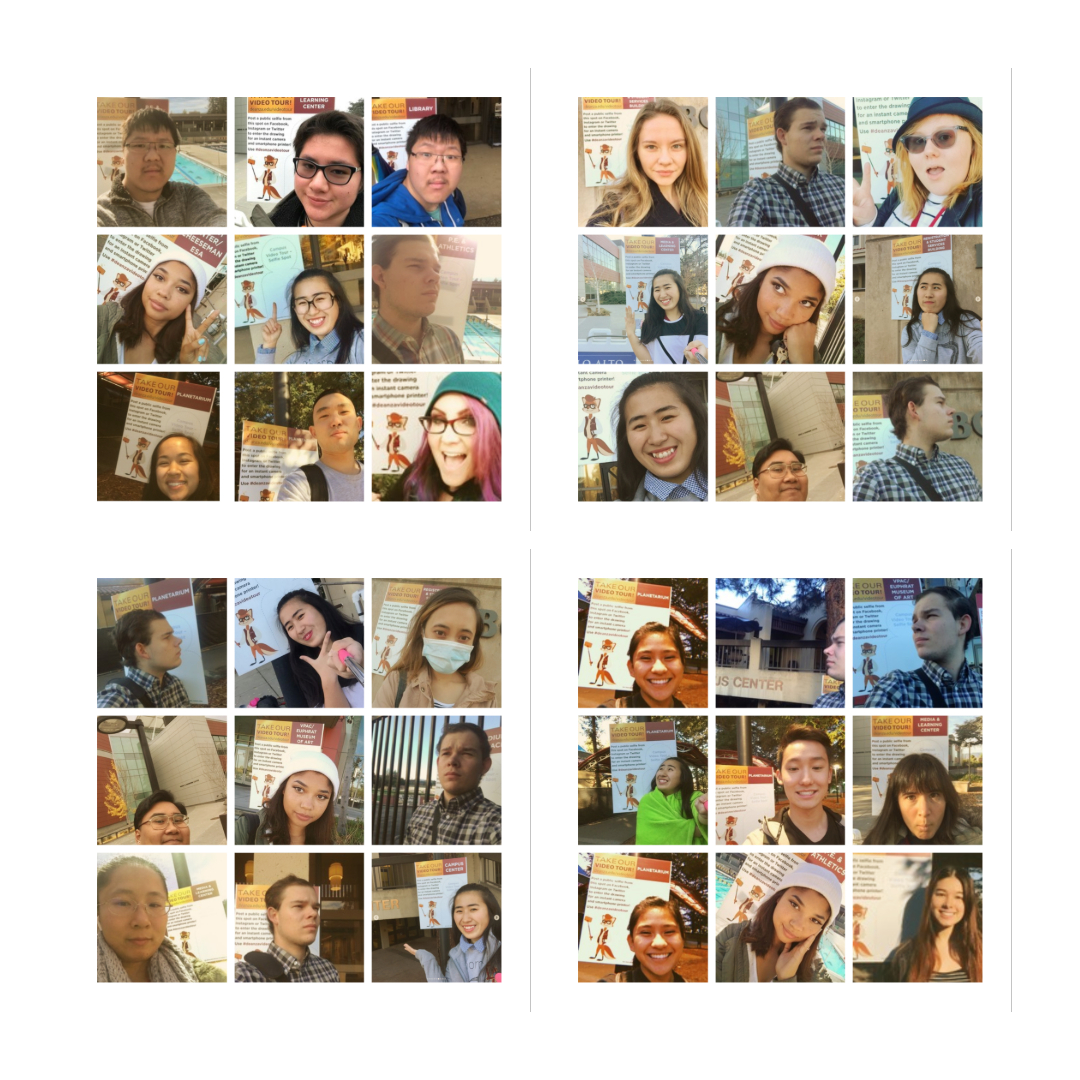 Here are some of the other selfies that students entered in the contest, taken at various locations on the campus video tour.

Two more winners took home Instax cameras after they liked and commented on Facebook in earier phases of the video tour contest.

Charlena Phrachansiri was a business major during her time at De Anza College, but she also enjoyed studying astronomy in the De Anza Planetarium. 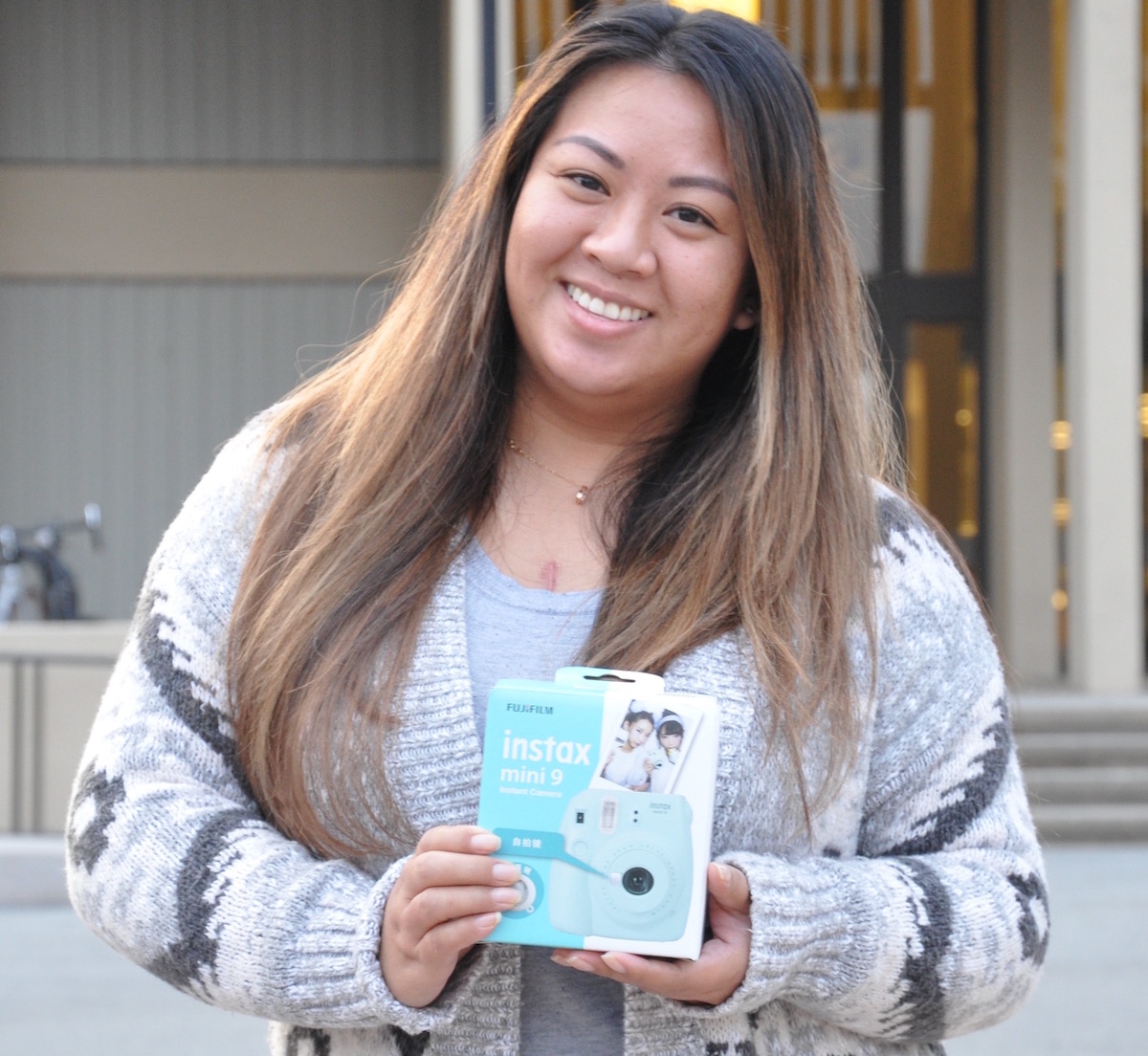 She was selected by random drawing as the second winner of an Instax Mini 9 Instant Camera, paid for with donated funds, after she liked and commented on our Facebook post about the video tour segment featuring the Planetarium.

Charlena graduated in 2017 and transferred to San José State University, where she’s working on her bachelor’s degree in Business Administration. She also works in human resources for a leading electronics company. But she still enjoys following De Anza on Facebook.

“The teachers I had at De Anza were amazing,” she said, mentioning accounting instructor Dan Salah in particular. “He made school really fun!”

Our new campus video tour brought back fond memories for Henley Shao, who studied Administration of Justice at De Anza from 2005-2007. 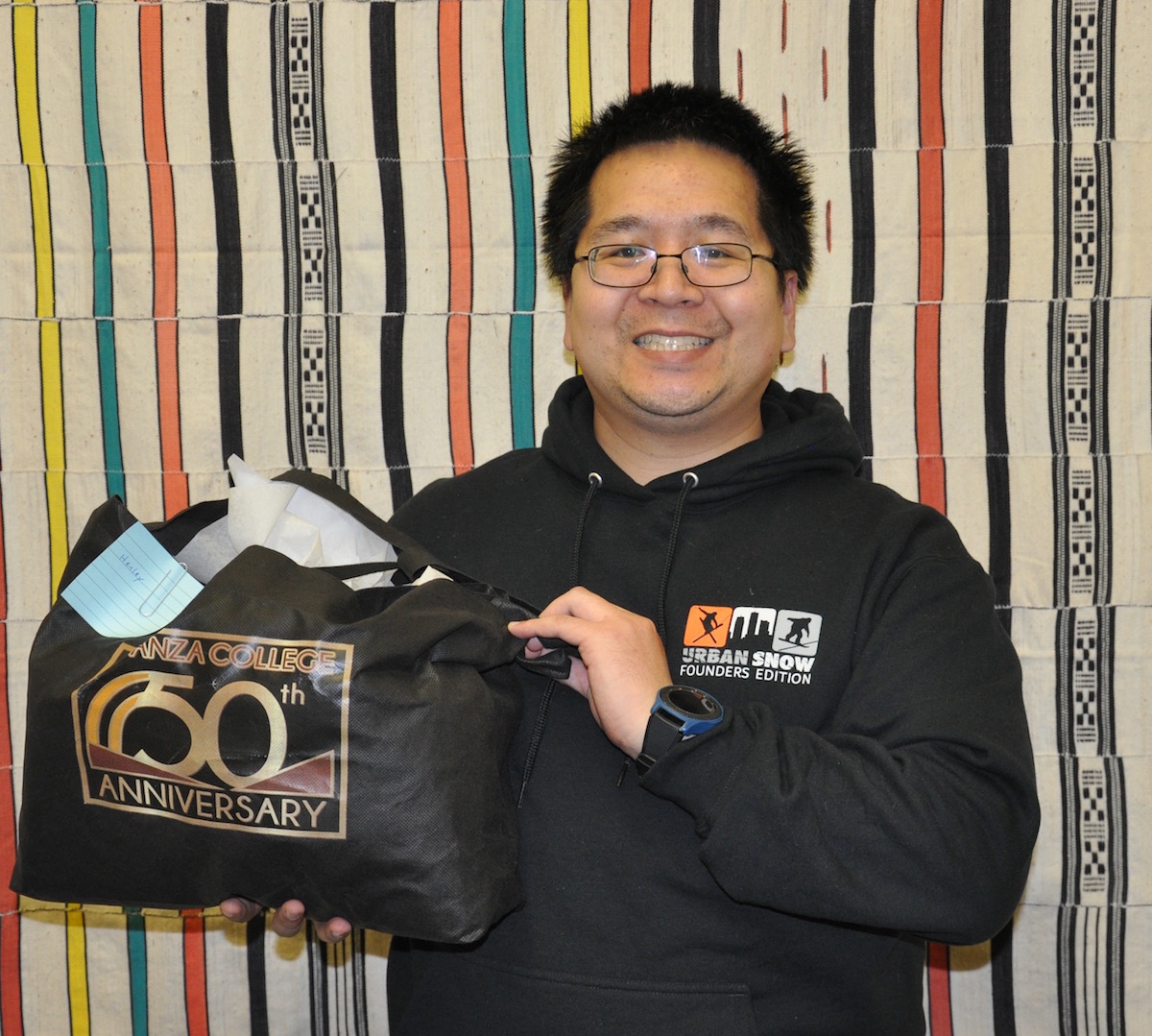 Henley was one of two winners in the first phase of the video tour contest, which ended Nov. 9. He was selected by random drawing for an Instax Mini 9 Instant Camera, paid for with donated funds, after he liked and commented on our Facebook post about the video tour segment featuring the  Physical Education and Athletics complex.

De Anza "always felt like a community," Henley says now. Though he later attended San José State and now works as an office coordinator, Henley still keeps in touch with acquaintances on this campus. "It was easy to make friends and I felt very engaged."