The Future Is Not Where We Are Going . . . It Is What We Are Creating Together.

Born in Lima, Peru. Moved to New Zealand at age 4. Left New Zealand at age 21 to go to Octoberfest in Munich. Stopped off in Australia first. Worked as a window washer in Perth, WA; as a powder monkey at Mount Tom Price, WA; and at a pub in Sydney, NSW to earn pocket money for the beer festival. Took a ship from Sydney bound for England. Got off at Panama. Hitch-hiked through Peru, Bolivia, Chile, Argentina, Uruguay and Brazil, ending up in Rio de Janeiro, Brazil, with no beer money left. Got a job at an English language newspaper in Rio. Met a young woman from New Jersey, USA. Changed plans. Ditched Munich. Took a river boat down the Amazon River from Porto Velho to Manaus. Flew to Miami. Greyhound bus to New York. Worked at the United Nations (second basement, Reproduction Section, making copies). Got married (to the woman I met in Rio). Applied to schools in Canada. Moved to Montreal. Got degree in Spanish language & literature. Moved to Palo Alto for graduate studies in Latin American Studies. Got masters degree. Switched to law school at Berkeley. Got law degree. Practiced law at firms in San Francisco, Palo Alto and Los Altos. Still practicing. Started teaching part-time at De Anza in 2011. Still doing it. Still love beer. Still haven't been to Munich Beer Festival. 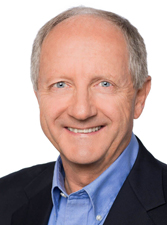 One hour per week depending on class schedule