Men's and Women's Track and Field

On July 9, the CCCAA Board announced the move of Fall athletics to Spring 2021. For a complete listing of sport offerings and start dates, please visit the CCCAA website. Current and potential De Anza student-athletes should contact their respective head coach for more information..
Icon

The season so far has been filled with sunshine and good weather days.  The Beaver Relays ended that streak.  The day was cloudy, rainy, cold and windy all day.  Despite these conditions the Men's and Women's teams both came away winners in the unique meet.  The day started in the pouring rain with Max Corrales and Serena Geis both winning the 10K.  Serena ran a State A mark and the sixth fastest time in school history despite the conditions.  Brittany Fedkiw won the Pole Vault for the second straight meet with a new PR and the 5th best vault in school history on her birthday.  The 4x200 Relay team of Samantha Bell, Cleo Goodwin, Catherine Clear and Darienne Watson also won.  The meet also featured relay events in the Hurdles and Field Events.  The 4x100 Hurdle relay team of Adee Newman, K'Jada Cayetano, Alexis Ranger-Dunbar, and Gabby LoPresti set a new school record winning this relay.  Newman teamed with Masaki Yamaoka, Leslee Patino and Kiely Hardy to win the 4x400 hurdle relay.  The ladies also won the Pole Vault, Long Jump and Triple Jump Relays.  For the Men, the Distance Crew put in good work.  Along with Corrales in the 10K, Ethan Sunseri won the 1500 and Tyler Stowell won the 800.  Sundeep Rodricks won the Pole Vault individually.  Howard Lim won the Long Jump and Jordan Ausbie won the Long and Triple Jumps respectively.  Kris Emig was the only individual double winner for the Dons winning both the Hammer Throw and Shot Put titles.  For the relays, the Dons won the 4x200, 1600 Sprint Medley Relay, the 4x400 Hurdle Relay on the track and all four jump relay as well as the Hammer and Shot Put Relays.  The teams will have a short turn around this week as they head to Modesto to the Jack Albiani Invitational next Friday the 13th.

The Dons traveled to Chabot College for the Chabot Relays to compete against 11 Northern California Colleges.  The Women won their 3rd Straight meet.  They were led by Freshmen Brittany Fedkiw winning the Pole Vault and Alexis Ranger-Dunbar winning the 100 hurdles and Sophomore Leslee Patino winning the 800.  The Men finished 2nd to Diablo Valley College.  The Men had two Individual Winners as well.  Redshirt Freshman Matt Troxell won the Hammer Throw with a lifetime best throw.  Freshman Ethan Sunseri won the 1500 also with a lifetime best in the event.  The Men also got a win the Distance Medley Relay with runners Ryan Menees, Emilio Zertuche, Tyler Stowell and Ethan Sunseri making up the winning team.  The Dons earned 6 new State A marks at the meet with Travis Eitel and Kris Emig hitting the mark in the Men's Hammer Throw and Alejandra Ceron in the Women's Hammer Throw, Brittany Fedkiw in the Pole Vault, Howard Lim in the Triple Jump and the Women's 4x100 team of Gabby LoPresti, K'Jada Cayetano, Alexis Ranger-Dunbar and Adee Newman.  All of the new marks ended up being Top 10 in school history marks.

De Anza hosted the 1st Annual Jim Linthicum Invitational, honoring Hall of Fame Coach Jim Linthicum who started the Track and Field and Cross Country Programs at De Anza and worked for 37 years for the college before retiring in 2004.  The meet featured 16 Women's teams and 14 Men's teams from Northern California.  The women came out in first place behind their strong finishes in the hurdling races.  In the 100 Hurdles, freshman Alexis Ranger-Dunbar ran the third fastest time in school history and currently the fastest time in the CCCAA.  She was followed by Adee Newman in 2nd and Gabby LoPresti in 3rd to sweep the top 3 spots.  K'Jada Cayetano also finished 8th in the event.  Newman had her season debut in the 400 hurdles running a State B Mark (also currently a state leading mark) and was followed by Masaki Yamaoka in 3rd place.  In the Steeplechase Leslee Patino also ran a State B mark and would would have had a State A mark, but she stopped to tie her shoe at the mile mark.  She was followed in 2nd by freshman Kiely Hardy.  The Dons scored 59 of their 117 points in the meet in those 3 events.  The Men finished in 3rd place with two individual winners.  Stephen Lamb won for the second week in a row in the 110 HH with another lifetime best time.  Tyler Stowell made his season debut and came out with a big win in the 800.  The Dons will travel to Chabot for the Chabot Relays on Friday for their next meet.

The Dons Opened their 2020 track and field campaign at MPC for the MPC Open last Saturday.  With neither team at full strength or healthy, as the flu has been going around the team, the Dons that competed represented themselves well.  The Women finished in 1st place as a team out of the 12 teams at the meet and the Men finished 2nd out of 10 teams.  The Women had 2 State B Marks and 11 NorCal Provisional Marks and the Men had 1 State A Mark and 8 NorCal Provisional Marks.  Leslee Patino started her sophomore season off with a bang as she won the 1500 and 5000 with lifetime best performances in both. The Women's 4x400 relay with a team of Samantha Bell, Adee Newman, K'Jada Cayetano and Masaki Yamaoka had a strong perfomance, winning the relay.  For the Men, Stephen Lamb was the lone winner of the day with a PR in the 110HH to win a tight race.  The Dons will be in action next Saturday (2/22) at home for the 1st Annual Jim Linthicum Invitational starting at 10 AM. 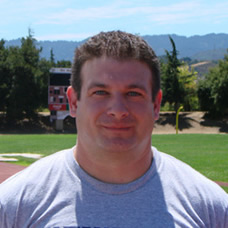