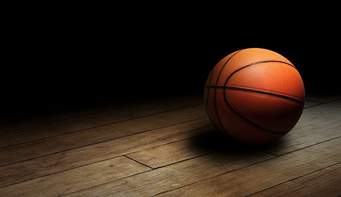 On June 5, the CCCAA Board voted to adopt sport competition calendars for the 2020-21 academic year. For a complete listing of sport offerings and start dates – including health and safety guidelines – please see the COVID-19 Working Group Plans on the CCCAA website. More information will be provided on July 17.

On July 22, 2005, Jason Damjanovic became the fourth head coach in the history of De Anza College Men's Basketball.  From day one, Damjanovic has instituted an up-tempo and aggressive style of play that has not only resulted in an exciting, high scoring brand of basketball, but has also made the Dons a force to be reckoned with in the Coast Conference.  As we enter the 2019-2020 season, his program is positioned for both near and long-term success both on the court and in the classroom.

For the past 15 season's at De Anza College, his student-athletes have earned numerous academic awards, matriculated to 4-year institutions at a very high rate, have had multiple members of the team represent the Coast Conference with All-Conference honors, and have led the conference in scoring eight times with four playoff appearances (2006-07, 2012-13, 2013-14, 2016-17). Coach Damjanovic is a member of the National Association of Basketball Coaches (NABC), USA Basketball, a licensed and approved FIBA Coach and the California Community College Men’s Basketball Coaches Association (CCCMBCA).  He also presided as the CCCAA Conference Representative for the Coast Conference-South from 2014-2017.

Coach D spent two-years as Men's Head Assistant at Notre Dame de Namur University in Belmont, CA. While at NDNU, he helped the Argonauts to consecutive winning seasons and back-to-back CAL-PAC playoff appearances. Prior to Notre Dame, Damjanovic was the Head Boy's Basketball Coach at (William C.) Overfelt High School in San Jose, CA. Jason guided the Royals to CCS playoff appearances in all 3 seasons and captured back-to-back league championships in 2001-02 and 2002-03. For his efforts, he was named S.T.A.L. Coach of the Year in those same seasons.

Jason Damjanovic brings a wealth of playing experience with him.  He was a standout player at Pioneer High School of San Jose, earning All-League Honors in both 1988 and 1989.  Damjanovic still stands as the All-Time Steals Leader for the Mustangs.  In the 1991-92 season, while at Foothill College, he was a member of the only Coast Conference Championship team in Foothill Men's Basketball history.  Jason Damjanovic concluded his collegiate career at Sonoma State University, earning a Bachelor of Arts Degree in Psychology in 1996. Damjanovic also spent five seasons as player/coach with Race Express Basketball, which is a professional exhibition team comprised of former Division I and II college players who competed against other Division I and II University teams throughout the United States.

De Anza College's Athletic Department and Men's Basketball Program is interested in each student-athletes growth and development in all areas of college life. We stress the importance of obtaining a degree, while striving for full academic and athletic potential. Educational and athletic excellence are the cornerstones of the athletic program. The success of our Basketball Program is measured by the performance of our student-athletes in their academic and athletic pursuits, as well as their contribution to society and the community both before and after graduation. We are committed to the integrity of the game, the spirit and rules of De Anza College, the Coast Conference, and the CCCAA.